The Stock Car Pro Series, the premier form of circuit racing in Brasil, will make its long-awaited debut on iRacing in time for 2022 Season 2. Starting with iRacing’s March 8 build, the Stock Car Pro Series Chevrolet Cruze and Toyota Corolla will be available for all users to purchase, and the cars will make their debut during iRacing Week 13, a buffer week between iRacing’s four quarterly seasons where new content is showcased. Legendary driver Tony Kanaan will showcase the cars during a special Twitch stream on iRacing build day at www.twitch.tv/tonykanaan.

“The Stock Car Pro Series is an exciting addition to iRacing’s lineup of world-class racing vehicles,” said iRacing executive vice president Steve Myers. “The formula strikes the right balance of being challenging to drive and cost-effective to run in the real world, and we know our users will find it exciting to bring these cars to legendary circuits from around the world.”

“We are thrilled our fans will now enjoy the iRacing platform. In our seasons we are used to see over 25 cars squeeze into half a second and I believe the fans now will be able to feel what it takes to be competitive in such a high level. iRacing will deliver all that in a reliable top of the class platform. As a business it is also important that we are now partnering the industry leader and that is great news to everyone in the Stock Car Pro Series community, from drivers and teams to sponsors and fans,” said Fernando Julianelli, CEO of Stock Car Pro Series.

Founded in 1979, Brasil’s Stock Car Pro Series is the country’s premier division of touring car racing. Featuring compact cars powered by high-horsepower V8 engines but built with reasonable costs in mind, the formula has long proven attractive to world-class drivers, whether they’re returning to their home country or joining the series from abroad. The series’ road course-focused schedule is headlined by annual visits to Autodromo Jose Carlos Pace (Interlagos), the longtime home of the Brazilian Grand Prix.

Chevrolet has been the sole manufacturer to compete in Stock Car Brasil from its inception, rotating through a number of marques before settling on the Cruze in 2016. The Cruze took its first championship in 2017 with Daniel Serra, who took three titles in a row before giving way to Ricardo Mauricio in 2020 and Gabriel Casagrande in 2021. Chevrolet drivers have claimed all but seven of the 43 championships in series history, making the Cruze just the latest in a long line of iconic entries in the series for the manufacturer.

Toyota became the latest manufacturer to join Stock Car Brasil by introducing the Corolla in 2020. Multiple top teams immediately made the switch, with internationally renowned drivers like Nelson Piquet Jr. and Rubens Barrichello representing Toyota Gazoo Racing Brasil across three initial partner teams. The Corolla immediately impressed by taking the first five race victories of its debut season, while Ricardo Zonta came within just a handful of points of giving it a championship on its first try. The Corolla driver lineup got even stronger in 2021 with the addition of IndyCar legend Tony Kanaan. 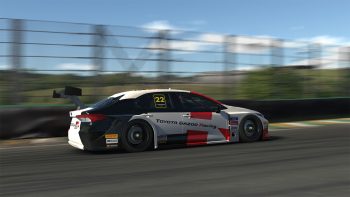 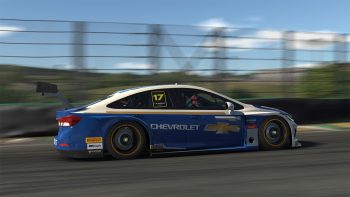 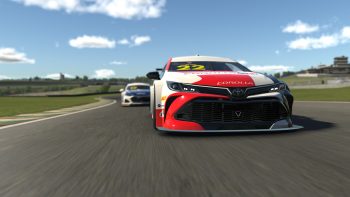