Throughout the eNASCAR Coca-Cola iRacing Series season, we’re going to profile some of the series’ top drivers every week. Be sure to check back each week to see who we’re featuring next! This week, as we get ready for our next race at Auto Club Speedway, we get to know 2020 Auto Club race winner Ashton Crowder of Elliott Sadler Esports:

Pre-race meal of choice? Anything that keeps my blood sugar steady. Chicken and Bananas usually.

What’s on your pre-race playlist to get hyped up? This is Justin Bieber on Spotify.

My secret talent is: Not so secret, but I’m pretty good at Basketball.

My day job is: Still a student!

If I had a choice, my super power would be: Unlimited knowledge.

How would you describe your driving style? I watched a lot of Kevin Harvick and Ryan Luza onboards, so a hybrid of both!

My biggest accomplishment on iRacing is: Winning two eNASCAR iRacing Coca-Cola Series races. This series is dang near impossible to be competitive in, and being able to say I have not one but two wins is something truly special.

The coolest part of being on my eNASCAR team is: Having my team owner and best friend Elliott Sadler work so closely along myself and the team.

When I’m not running in eNASCAR, my favorite cars to run on iRacing are: For sure the McLaren MP4-30, I absolutely love the challenge that car presents!

If you could add any non-Cup Series track to the eNASCAR schedule, which would you pick and why? Millbridge Speedway! Bit small but we could make it work! One of the best dirt tracks out there.

Congratulations! You’ve won the lottery and are going to start a NASCAR Cup Series team. Which driver are you hiring first and why? Lewis Hamilton, I’d love to give him a shot in a Cup car. Just have to hope the lottery paid enough for us to be competitive!

It’s the season finale and you’re in the Championship 4. Your biggest rival is leading the field to the green flag and you’re starting second. How are you getting the job done? Well first, he’s going to the trenches. There is no second. We’re winning. 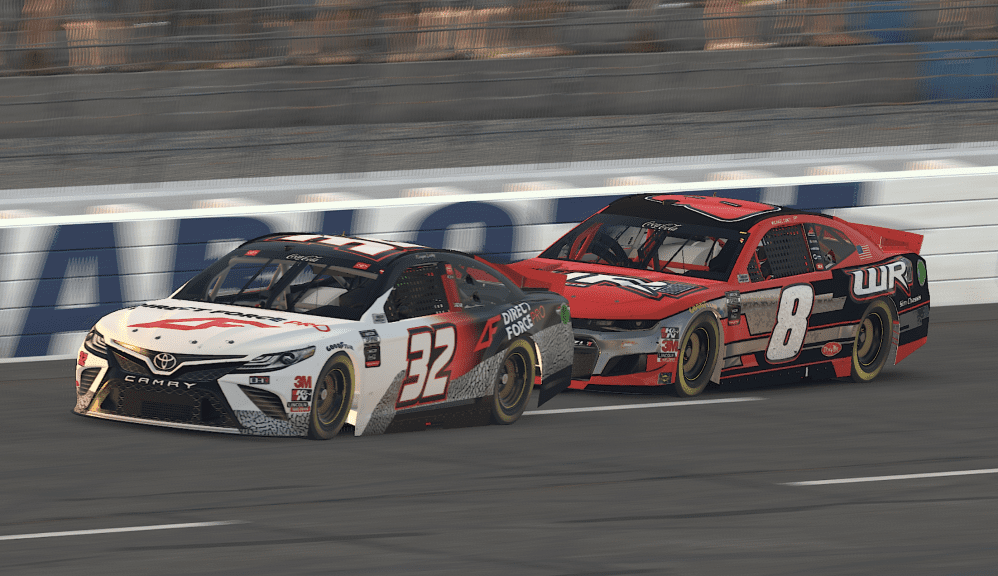