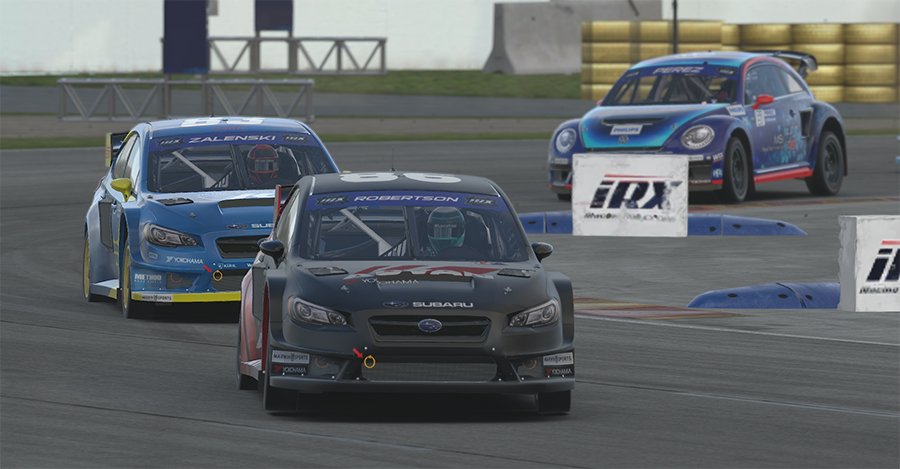 This weekend marks the halfway point of the iRacing Rallycross All-Star Invitational and World Championship presented by Yokohama seasons, as each series returns to Hell Lankebanen. For the sim pros, it’ll be their second start here in just over a month, while the All-Stars make their return for the first time since May. Here’s what to watch for in the pivotal event:

ALL-STAR INVITATIONAL PREVIEW: Scott Speed’s long-awaited first win of the iRX All-Star Invitational season came with a dominant performance at Iowa, and he’ll look to make it two in a row at a track where he scored an immediate podium in the spring season. All three of this season’s winners so far—Speed, Daytona winner Sage Karam, and Atlanta winner Kristian Sohlberg—are expected to be back in action at Hell, but Conner Martell and Chris Atkinson have been quick enough thus far to extend the streak of different race winners a week longer. WORLD CHAMPIONSHIP PREVIEW: If the first repeat track in this year’s World Championship has as much intensity to it as its first round did, we’re in for a treat on Saturday. Hell’s series debut saw Ilari Lamminsivu and Beau Albert slug it out for the top spot in the Joker Lap on the final lap, coming out ahead of championship favorite Mitchell deJong. Lamminsivu hung on for the win, though Albert would fall off of the podium after late-race contact.

Hell was a clean slate last time out, but as the series hits its halfway point, Team Yokohama is riding high thanks to the strong efforts of both Jon Robertson and Yohann Harth. The duo claimed the last two race victories at Atlanta and Iowa, and are atop the points table. But don’t write deJong off quite yet, as he looks to make it five different winners in five races this weekend.

YOKOHAMA POLE AWARD: For the second week in a row, Team Yokohama went 1-2 in qualifying, but this time it was Yohann Harth who scored the Yokohama Pole Award over teammate Jon Robertson. The driver who scores the most poles over the course of the season earns a custom trophy presented by Yokohama Tire.

DIRTFISH ROOKIE OF THE YEAR: Rasmus Tuominen was the top finishing rookie in last weekend’s race from Iowa Speedway, allowing him to jump a number of spots in the overall standings. But the top DirtFish Rookie of the Year-eligible driver remains fellow SET Esports driver Jonne Ollikainen, who sits fourth in the championship standings. The DirtFish Rookie of the Year Award will go to the top point-scorer over the course of the season, and includes a free three-day course at DirtFish Rally School.