Bobby Zalenski scored his fifth consecutive eNASCAR Coca-Cola iRacing Series win on a road course, and set a new all-time record for the largest margin of victory in series history, with an unchallenged performance on the DAYTONA Road Course on Tuesday night. The Virtual Racing School driver checked out on the field by the time they made it through the International Horseshoe, and expanded his lead to a whopping 18.890 seconds over Jimmy Mullis by the end of the race.

“I’m happy that we were able to go here, because being at a new track is kind of an advantage,” said Zalenski, who was more than half a second faster than anyone else in the field in qualifying. “I took the final chicane a lot different than most people, and stuff like that, when you’re able to learn it before the rest of the field, it’s a huge advantage. What a team I’m on—I’m lucky to be with VRS, and glad it was a clean race, too. We’re just going to keep pushing. We need to get better, but we’re doing pretty good.” The NASCAR version of the DAYTONA Road Course layout retained the International Horseshoe and Bus Stop from the traditional sports car layout, but added a new chicane before the tri-oval to slow cars down before starting the next lap. With the layout only seeing its first laps in the real world later this week, the eNASCAR drivers represented the first official NASCAR series to compete on the track.

It proved a challenge, as even past champions like Zack Novak and Ray Alfalla had off-track excursions, and only 26 drivers managed to finish the race on the lead lap. But even with Zalenski racing from far ahead of the field, the rest of the top 10 delivered some exciting battles. Second place came down to two of this year’s race winners, with New Hampshire winner Mullis outdueling Dover winner and outside polesitter Nick Ottinger for the position, while Christian Challiner had to fight hard to defend fourth place from Logan Clampitt in the final lap of the race.

The action from the DAYTONA Road Course continues tonight with iRacing Happy Hour, where eNASCAR drivers Ottinger, Justin Bolton, and Keegan Leahy will support real-world racers William Byron, Chase Briscoe, and Ty Majeski and their real-world crew members in a virtual practice session. Hosted by Daytona 500-winning crew chief Steve Letarte and NASCAR Cup Series race winner Regan Smith, the stream will give viewers a look at how real-world racers are utilizing iRacing to learn an unfamiliar layout that they won’t see for the first time until their respective races go green this weekend. iRacing Happy Hour will be streamed on NASCAR.com at 8PM ET.

Full results from eNASCAR Coca-Cola iRacing Series action at the DAYTONA Road Course were as follows: eNASCAR Coca-Cola iRacing Series standings through 12 rounds are as follows:

With only four of races left before the playoffs, eNASCAR Coca-Cola iRacing Series action returns to the DAYTONA oval on August 25. As always, the race will be seen at 9PM ET on eNASCAR.com/live, iRacing.com/live, and the iRacing Facebook, Twitch, and YouTube channels. For more information on iRacing and for special offers, visit www.iracing.com. 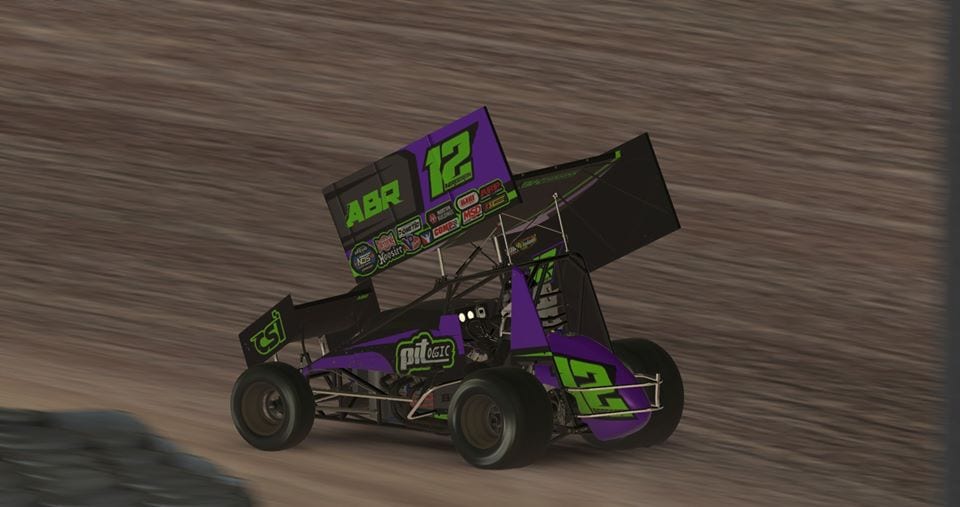